There is something in your home. A thing that hides.

Knowing where it is won't protect you from it, but that won't stop you from reading, because some part of you believes that knowing is the same thing as safety.

Master Bathroom
The mirror. Not all the time - occasionally, the bathroom mirror is an ally. But when it fogs over, the mirror becomes a place where secrets can be either hidden or revealed; and when you bend over the sink to wash your face, the mirror houses the reflection of the thing that lurks, the thing that is behind you, the thing that is waiting to be seen so that it can be real.

Dining Room
The empty chair. Was it pushed back a little from the table when you sat down to eat? Why do you find yourself looking at it as though there is someone sitting there, laughing along with your conversation? You foot is near the leg of that empty chair, and you'll surely brush against the leg of the chair from time to time, but that is only the leg of the chair. It is not the upside-down arm of the thing that lurks. It is not gently gripping your calf with many-jointed fingers. The leg of a chair cannot do such a thing. If you feel the sensation of many-jointed fingers wrapping carefully around the soft meat of your calf, remind yourself that it is your imagination. Do not look to be sure.

Living Room
Inside the fireplace, just above the flue, where the sound of settling wood and popping sparks can soothe the twitching mind of the thing that lurks.
If you don't have a fireplace, then the television will serve as a hearth. Behind it, wires you don't remember plugging in will tangle and multiply to form a soft and comforting nest, a resting place for the thing that lurks. It knows you are watching the television, but it feels the weight of your gaze like a worn-soft quilt. It half-sleeps, waiting for the moment when you turn the television off and the sudden silence leaves a space that might be filled by anything at all.

Your Child's Bedroom
Not the closet, which you already checked, where you hang small clothes on small hangers each week after the hell that is laundry day. The closet is safe, laundry-smelling and organized. It is safe.

Don't look in the bottom drawer of the dresser, the wide one that is always ajar no matter how carefully you fold the clothes within, the one that seems to find disarray regardless of your efforts. It doesn't matter if you close it; it will remain open by just a crack. Just enough for the thing that lurks to peer out of it, to study the bedtime ritual in case the bedtime ritual ever needs to be replicated. Many-jointed hands can tuck in bedsheets just as well as yours can.

Guest Bathroom
Behind the shower curtain, which falls in gentle folds. The sound of the bathroom fan is just loud enough. It covers the soft squeaks of many-jointed hands finding purchase on porcelain as the thing that lurks pulls itself up from the drain. The thing that lurks is polite; it will not emerge until it hears the rattle of the shower curtain hooks, until it knows the shower curtain is closed, until it knows that you are wrapping a towel around your head. The towel will further muffle the sounds of the thing settling in the tub. The fogged-over mirror will hide it from you. The entire bathroom conspires to keep secrets where they belong.

Kitchen
The garbage disposal is snagging on something. You don't know what the something is; the black rubber flaps that hide the blades of the disposal from the rest of the sink block your view. You are certain that the garbage disposal is turned off. You are certain of it. You are nowhere near the switch that would turn it on. It is safe to reach in, to feel around the tiny blades that chew your food so the drain can swallow whatever you didn't want. You feel for the thing that is blocking the blades, making them grind and whine. You feel with the soft skin of your fingers. The thing that lurks twines itself around the blades, slides its long pink tongue under the lip of your thumbnail. After what feels like much too long, your fingers find a cherry pit or a bottlecap. You can't recall putting such an item in the sink. You will blame someone else, after you wash your hands more thoroughly than the chore demands.

Garage
When did that stack of boxes get so high? If you look at them individually, you can identify each box, can recognize your own handwriting on the labels, can vaguely recall the contents. But taken as a whole, the boxes seem to have grown, multiplied, filled themselves up with your life and crystallized into a task that promises to devour an entire weekend. The stack of boxes is so high that you can no longer see the light switch, and so turning on the light requires you to reach behind the boxes, feeling along the wall with your palm. Cobwebs kiss your wrist, as gentle as sleep, and you shiver at the thought of feeling the fat, smooth abdomen of a spider. But you don't feel a spider, because the spiders have fled. There are no spiders in your garage anymore. There are no cobwebs, either - but you can't see, because it's dark, and so when the long fine hair of the thing that lurks trails over your arm, you think of spiders, and you feel for the lightswitch with a little more urgency.

Attic
The stairs come down with a single pull of a long white string. They're steep stairs, and they never feel steady under your feet. You ascend, and there's a moment when you go from Not In The Attic to In The Attic - the moment when your shoulders pass the ceiling of your hallway. You look in front of you, and you look to the sides, because part of you has always hated going into this strange hot place above your home, this place where the floors can't quite be trusted and the air tastes like wasps' nests. You look in front of you and you look to the sides but the stairs are steep, so you don't look behind. Turning around would be impossible, and anyway, it's the attic - there's nothing to fear in the attic. Your hair snags on something as you finish your ascension. You turn to look, and find that you're caught on a splinter of wood sticking out of a beam. You look at the place that was behind you, and there's nothing but a box of old tax documents. There's nothing to be afraid of in the attic.
You don't think to look above your head, between the beams, where the thing that lurks is braiding a strand of your hair into its own.

Basement
The thing that lurks respects your spaces as much as it can, hides and waits and holds its breath. It does not go where you can easily see it. It walks softly, so you won't hear. It doesn't turn lights on that might wake you up. It is polite, when it goes to the parts of the house that are yours.

It would be best if you returned the favor. 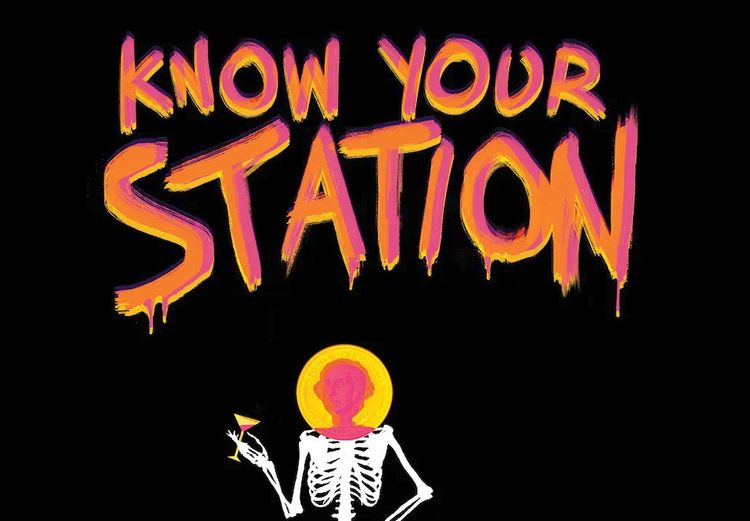